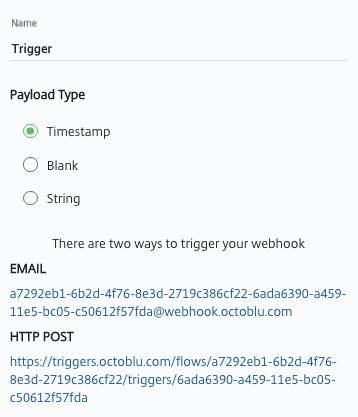 By default the triggers sends out a UTC timestamp as msg.payload.

You can set Payload Type to be a String or Blank as well.

Each trigger also has its own HTTP POST Webhook. See the sample flow for usage. Using POST overrides any payload of the flow be it timestamp or string and replaces it with the data POSTed to it. 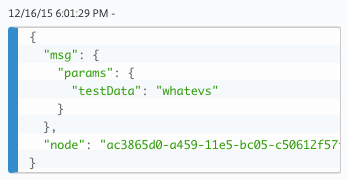 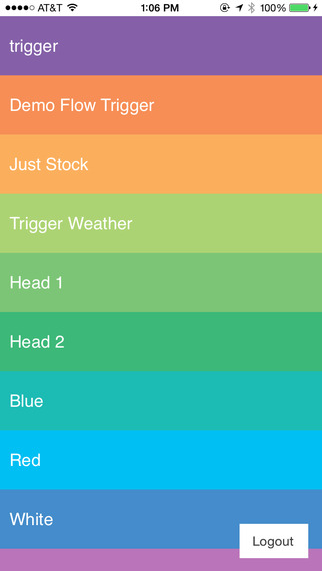 The Blu app allows you to retrieve all triggers from an Octoblu account and use them via a mobile app at anytime! 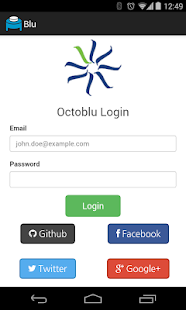 Updated less than a minute ago